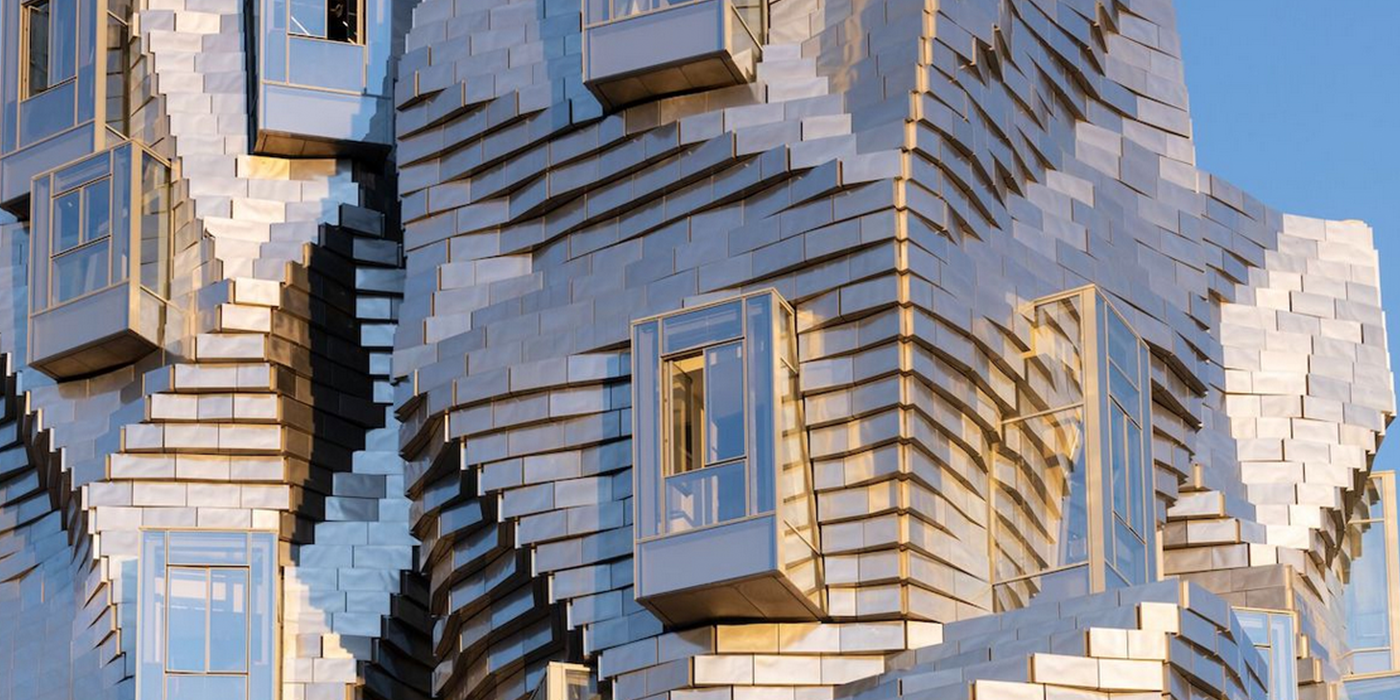 Rising from the skyline of Arles, the striking tower appears like a futuristic structure from a science fiction movie with nearly 11,000 stainless steel panels gleaming in the Provencal sun. Here, where the French center of the Roman Empire existed, this twisting structure is the 92-year-old architect Frank Gehry’s tribute to Arles’ most famous residents: the Romans and the artist Vincent Van Gogh. The twisting geometric tower, with its glittering façade meant to evoke Van Gogh’s painting Starry Night, will be the literal high point of a new “creative campus” called Luma Arles, a multidisciplinary art and culture complex sprawling over 27 acres at the Parc des Ateliers, the site of former railway workshops.

At the base of the tower rests a vast steel and glass rotunda, nicknamed the Drum, a structure Gehry said was inspired by the city’s noted Roman Amphitheatre. The exemplary building took 13 years to complete and cost a reported 225 million Euros. Gehry said that he visited Arles when he was living in Paris and studying Roman architecture, and was really moved by it: “ This is my first Roman building.” Luma Arles opened its doors to global creativity in June. 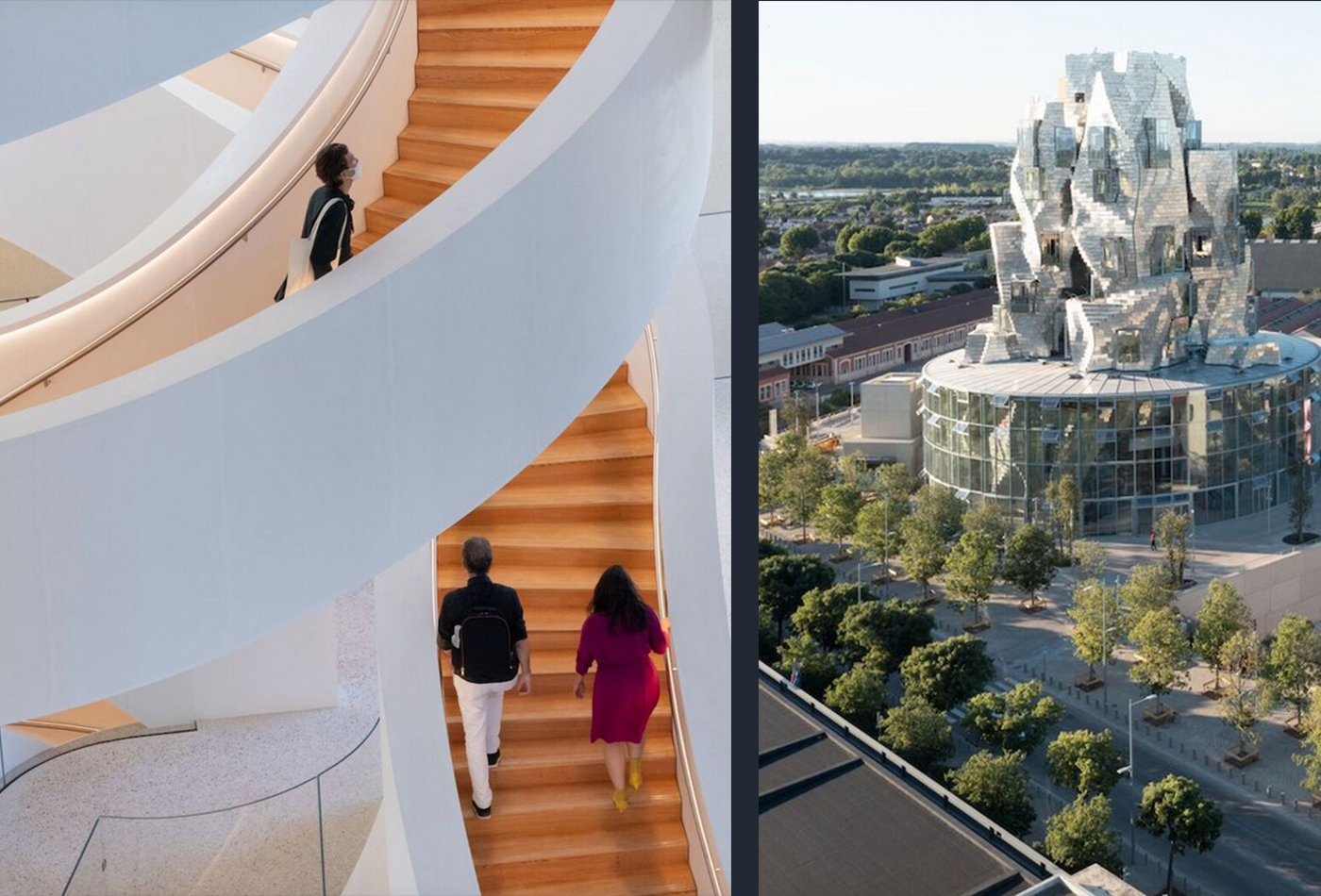 The Tower’s opening exhibition includes works by Diane Arbus, Annie Leibovitz, Olafur Eliasson and 45 other artists and designers, and dedicates a permanent room to a rotating collection of Maja Hoffman, whose Luma Foundation commissioned the building. The Swiss film producer and philanthropist’s grandmother, Maja Sancher, was a well-known collector of Picasso works, and her father, Lukas Hoffman, was a co-founder of the World-Wide Fund for Nature.

Gehry, a Canadian living in the U.S., is best known in France for his Iceberg building housing the Louis Vuitton Foundation in the Bois de Boulogne in Paris, a cloud of glass that opened in 2014. Worldwide, he’s famous for the sleek Guggenheim Museum in Bilbao, Spain. Luma Arles also represents the outstanding creative work of two Belgian architects, Bas Smets and Jan Boelen.

Speaking at the grand opening, Gehry explained that he loves the golden light and dramatic mistral winds in Arles, and consequently, the idea of capturing and reflecting this region’s light and spirit in Luma Arles. He doesn’t feel that Luma Arles is a cold building, and shares that the metal has a softness about it, even inside, as the metal plays with the light in an extraordinary way. Gehry feels that Luma Arles is an integral component of the city and wants it to be soft and welcoming: “It’s not post-modern, but it’s trying to be something of its time with feelings”.

Maja Hoffman said the “creative campus” of Luma Arles, absolutely free to enter, was the foundation’s gift to Arles. Her hopes are that the people of Arles get to know the tower, which represents a notion of hope, an archipelago where everything is possible. Hoffman also expressed that Luma Arles is a place where the past, present, and future come to mix. Arles has long been a cultural hotspot, a haven for painters chasing the Provencal sunlight on fields of lavender and sunflowers. Hoffman’s campus now promises to attract a new global audience, and become an extraordinary, collaborative space for artists and innovators of the future from all over the world.