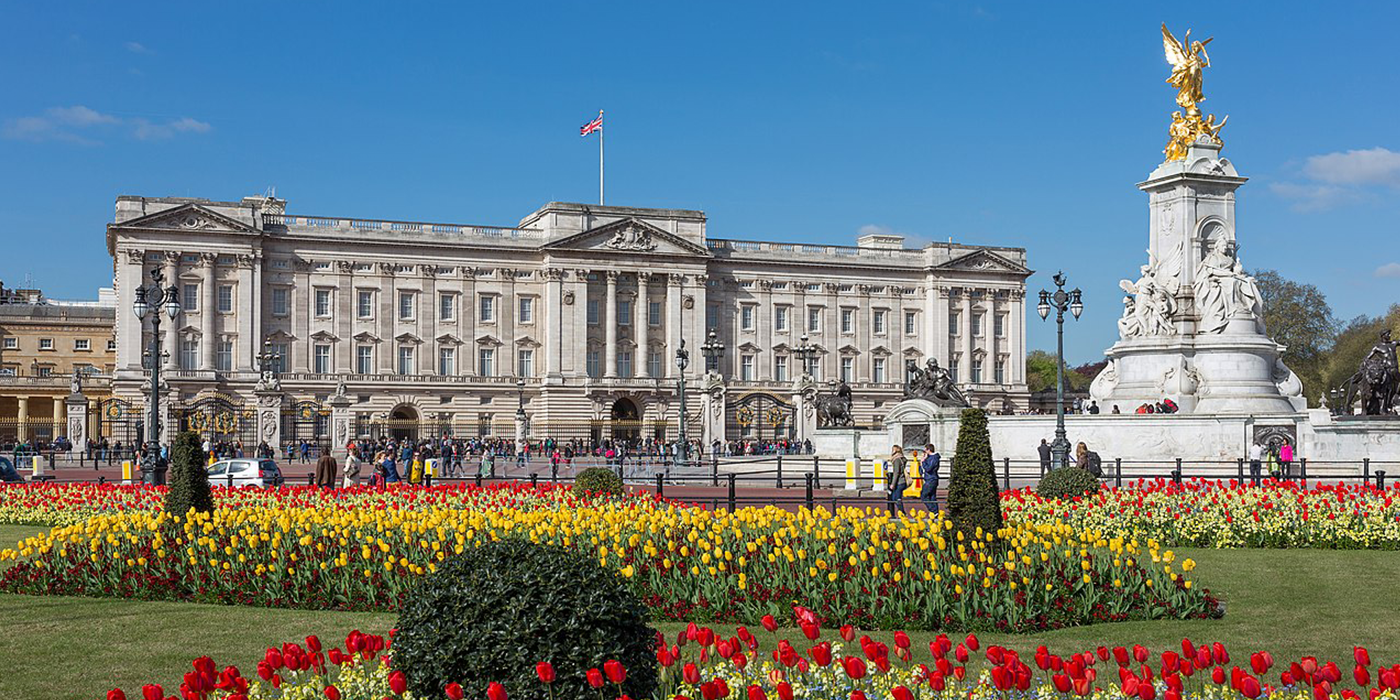 Wondering what it would be like to luxuriously picnic with the Queen in her glorious Private Gardens at Buckingham Palace? Well, if you remove the Queen, one can now actually enjoy a delightful tea and scone picnic in her Private Gardens (or any tasty take-away sandwich you bring in, no alcohol allowed) for the first time in her long-standing reign. Later, lazily saunter on the fascinating private tour created by the Royal Collection Trust. While last year Queen Elizabeth might have graced you with a prized invitation to the Royal Garden Party as one of 8,000 honored guests in May and June, this crazy Covid year dictated a visitor ban to her beautiful Private Gardens and State Rooms in Buckingham Palace. In July this year, Queen Elizabeth’s annual Balmoral, Scotland vacation surprisingly opened the Royal gate to this unprecedented, extraordinary experience at the Private Gardens- a haven of peace and quiet right in the middle of bustling London. 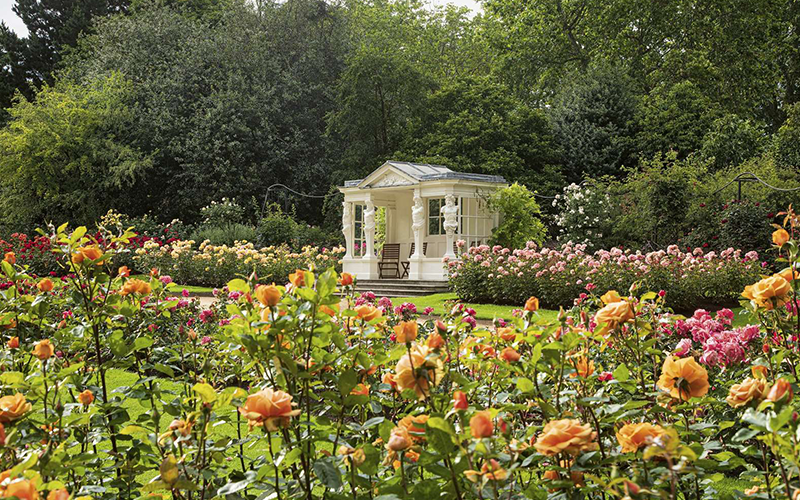 The 40-acred, private, peaceful vista, invisible from the streets, will welcome 2,000 participants a day for a once-in-a-lifetime opportunity, if you can get a hard-fought ticket. Now one can drink in all of the amazing sights to include the peaceful lakes created in the 19 th century complete with endangered flora and fauna, colorful wildflower meadows, busy beehives and luscious gardens tended to by only eleven gardeners. The Queen’s Private Gardens, the largest private garden in London, boasts 325 wild plant species, 30 species of birds, including native birds rarely seen in London, and over 85 varieties of ancient oaks and plane trees predominantly planted by Queen Victoria.

With Buckingham Palace’s high walls shielding us from the outside world, we gaze on the historic plantings and treasured structures only Royalty’s eyes previously feasted upon: mulberry bushes planted by James I in 1608 to help produce silk worms (unfortunately, the King planted the wrong bush); gorgeous hollyhocks in the famous Herbaceous Border; Prince Albert’s Gate leading to a restricted, private island with rare grasses, plants and wildlife; the Queen’s wisteria-clad tea house; King George IV’s enormous Waterloo Vase made in Italy; plant species with historic plaques dedicated to individual Royal Family births, weddings, and jubilees; the sprawling Rose Garden with a beautiful pink rose bed dedicated to the Queen Mother and the Prince William Rose planted at his birth; and the Royal Tennis Courts where King George VI and the infamous Fred Perry played in the 1930’s.

Design of the Royal Private Gardens dates to George IV’s conversion of the Duke of Buckingham’s Buckingham House into Buckingham Palace in 1761. During the previous reign of George III and Queen Charlotte, the grounds amazingly contained an extensive collection of exotic animals, including an elephant and one of the first zebras seen in England. Then in 1825, William Townsend Aiton completely redesigned the Private Garden to what you see today: a more naturalistic setting versus a highly formalized garden.

The Royal Collection Trust treats you like honored royalty on your exclusive excursion to the Private Gardens, usually reserved for Royal Events only. After you conclude this spectacular visit to this garden paradise, we wonder if it is proper for one to sign the Queen’s Royal Guest Book? 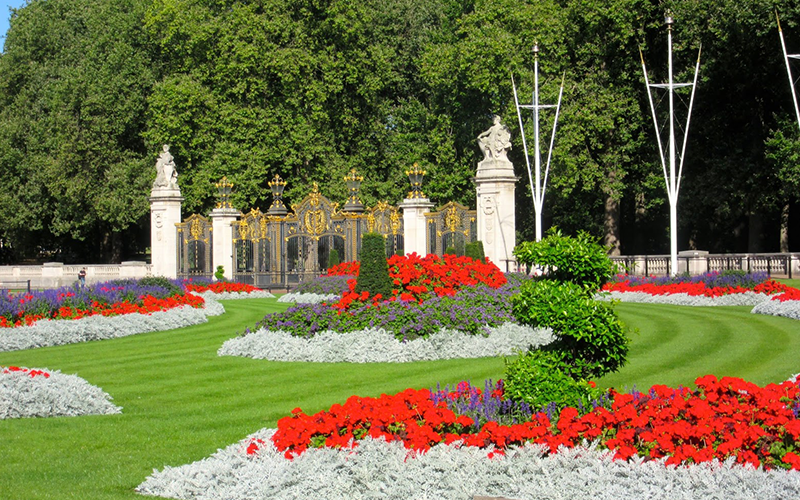