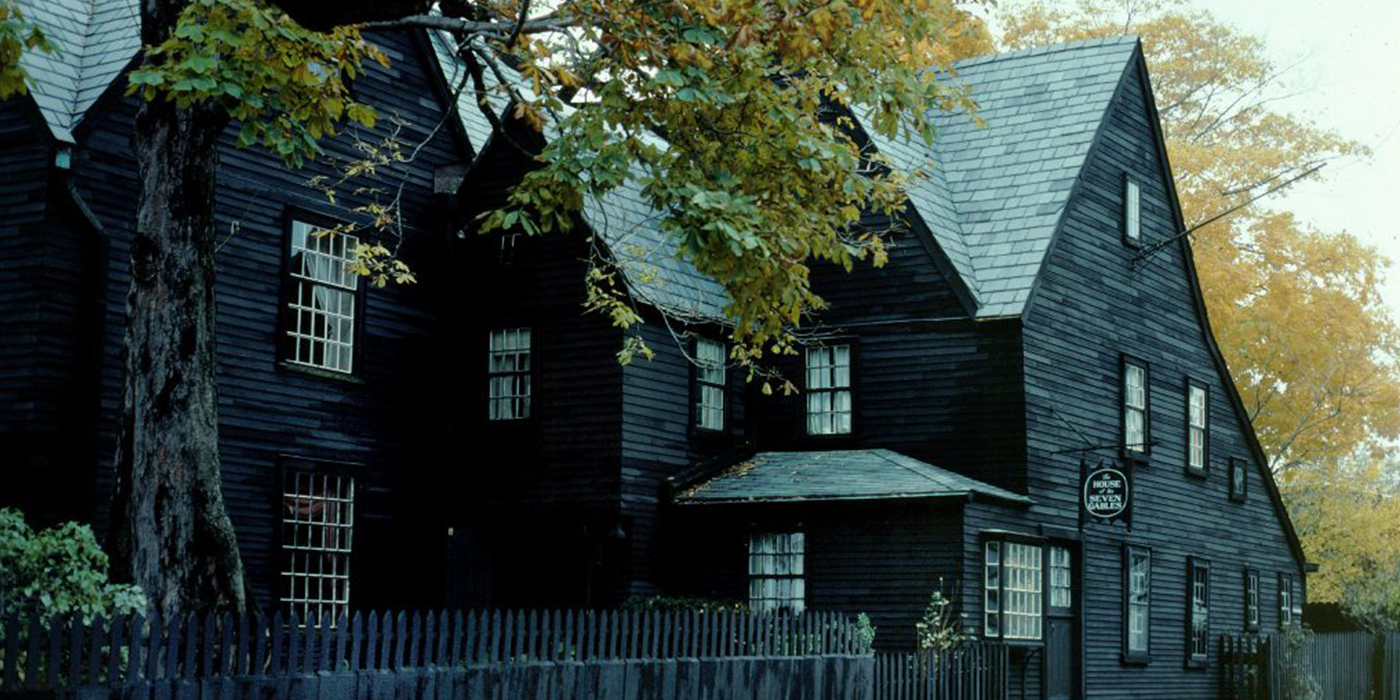 History oozes down the streets of picturesque Salem, Massachusetts, a beautiful town snug next to Salem Sound on the north coast above Boston. Looking towards historic Salem while hiking on Misery Islands Nature Reserve in Salem Sound, we’re struck by its original Colonial architecture, blissful kayakers in the Sound, the gorgeous Breakheart Reservation park, charming, historical homes from the 1600’s, and a gorgeous, harbor landscape including the striking, tall clipper, Friendship. But Salem is best known for a dark moment in history when wild hysteria about suspected witchcraft went rampant and overtook the traditional town. The Salem Witch Trials, now known throughout the world, made this small town a common household name. While the 1692 trials take centerstage in Salem’s history and culture, Salem’s rich, dynamic colonial heritage wraps nicely around this cultural history, and amazingly, all of the historic sites and buildings from the 1600’s-1800’s still stand today for us to explore. For a deeper view of Salem, the trial motives, and the impact of that dark history, we’re launching into the background highlights of the Salem people, geography, and history up to and after the infamous witch hunt.

Situated in Salem where over two hundred people were accused, thirty found guilty, and nineteen wrongfully executed by brutal hangings, the Salem Witch Trials started with a series of hearings and prosecutions of people accused of witch craft in colonial Massachusetts between February 1692 and May 1693. Who instigated these horrendous events? Several teenage girls, claiming to be possessed by the devil, accused the hanging victims of witchcraft, and the uncontrolled, witchcraft hysteria ensued. This cautionary tale of the dangers of isolationism, religious extremism, false accusations, and lapses in due process make many historians consider the trials’ lasting effects highly influential on subsequent United States history. As a result of the trials, many believe theocracy was shattered. Let’s set the stage.

Founded in 1626, Salem’s a great, small city with a ton of historical significance: the infamous witch trials, towering, ocean-going ships and expansive world trade (including the Salem East Indiaman Friendship with ports of call to India, China, South America, the Caribbean, England, Germany, the Mediterranean and Russia in 1797), the legendary heroes and landmarks of both the Revolutionary War (1776) and War of 1812, and Salem’s world-famous literature. Where did this all begin? Laying ground for thousands of Puritans, the Massachusetts Bay Company arrived in 1628 with a charter issued by the King of England, and the Puritan pioneers established The First Congregational Society. By 1650, Salem established itself as a dominant, pre-revolutionary settlement: salted-cod trade with the West Indies wildly flourished; the First Militia Muster formed, later critical to the American Revolution (1776); Old Burying Point Cemetery was assembled (all witch-hunt victims are buried here); infamous Fort Pickering was erected, instrumental in both early Wars; and the vital Custom House (1649) marked Salem as a center of worldwide trade. These landmarks stand today, alongside  The House of Seven Gables, or the Turner-Ingersoll Mansion (1668), one of the most famous historic homes in America (constructed by relatives of Salem-born Nathaniel Hawthorne, who later scripted The House of Seven Gables in 1851), and the infamous Witch House (1675), where Judge Jonathan Corwin, who presided over the Salem Witch Trials, resided and conducted the preliminary questioning for the witch trials. More on that in a moment.

Now for the heart-racing series of the United States’ historical events: political revolution kicked-off in 1774 when the original colonies’ Provincial Congress moved to Salem from Boston, and the first, explosive, armed resistance of the American Revolution broke out when the Salem militia and privateer Navy dramatically blocked British Lt. Colonel Leslie in Salem Sound. Brave Salem privateers captured and sunk 445 British vessels during the Revolutionary War, and after the war, Salem emerged as the sixth-largest city in the country, and richest per capita. The Old Courthouse was built in 1785 (replacing the torn-down Town House where the witchcraft accused were tried and condemned to death), and sea captains founded the preeminent Peabody Essex Museum in 1799, the oldest, continually-operated museum in the country (also housing the largest and most significant collection of Asian art in the US). Salem also can claim the still-standing, stunning Salem Athenaeum, one of the first libraries in the nation, founded in 1810. Leading to the War of 1812, The 10 th United States Congress in Salem, enacted The Embargo Act of 1807, the general trade embargo on all foreign nations. In the Salem Harbor, The War of 1812 with the British started with the vicious Battle of the Frigates supported by the small privateer U.S. Navy based in Salem, turning the tide for the new America. Completed in 1825, The East India Marine Hall (for people who actually navigated the seas beyond the Cape of Good Hope or Cape Horn) sealed Salem’s leadership in global trade. And let’s not forget that in Salem, the famous author Nathaniel Hawthorne (the great-great-grandson of the Salem Witch Trials judge, John Hathorne) wrote and self-published his first novel, Fanshawe (1828) about his ancestors, The House of Seven Gables, and later, The Scarlet Letter. Wildly acclaimed worldwide, The Scarlet Letter wasn’t positively received in Salem, where residents didn’t approve of the city’s depiction. Hawthorne changed the spelling of his name to distance himself from his Witch Trial-connected ancestor.

And yet there’s more captivating Salem history. Alexander Graham Bell made the first public demonstration of a long-distance phone conversation to the Boston Globe in Lyceum Hall in 1877. Salem Lyceum, which many consider haunted, stands right over the orchard owned by the first executed “witch”, Bridget Bishop. In 1938, the National Park Service designated the richly historic Salem Waterfront a National Historic Site, and several architecturally-significant homes built by Samuel McIntire from the wealth of Salem’s Old China Trade, made Chestnut Street a designated historic district. The Witch Trial Memorial for the unfortunate victims finally fronts the Burying Point Cemetery, and a Bewitched statue commemorates our beloved Samantha’s television character. The entire Salem area is now a National Heritage Area, and finally recognized as the birthplace of the National Guard. 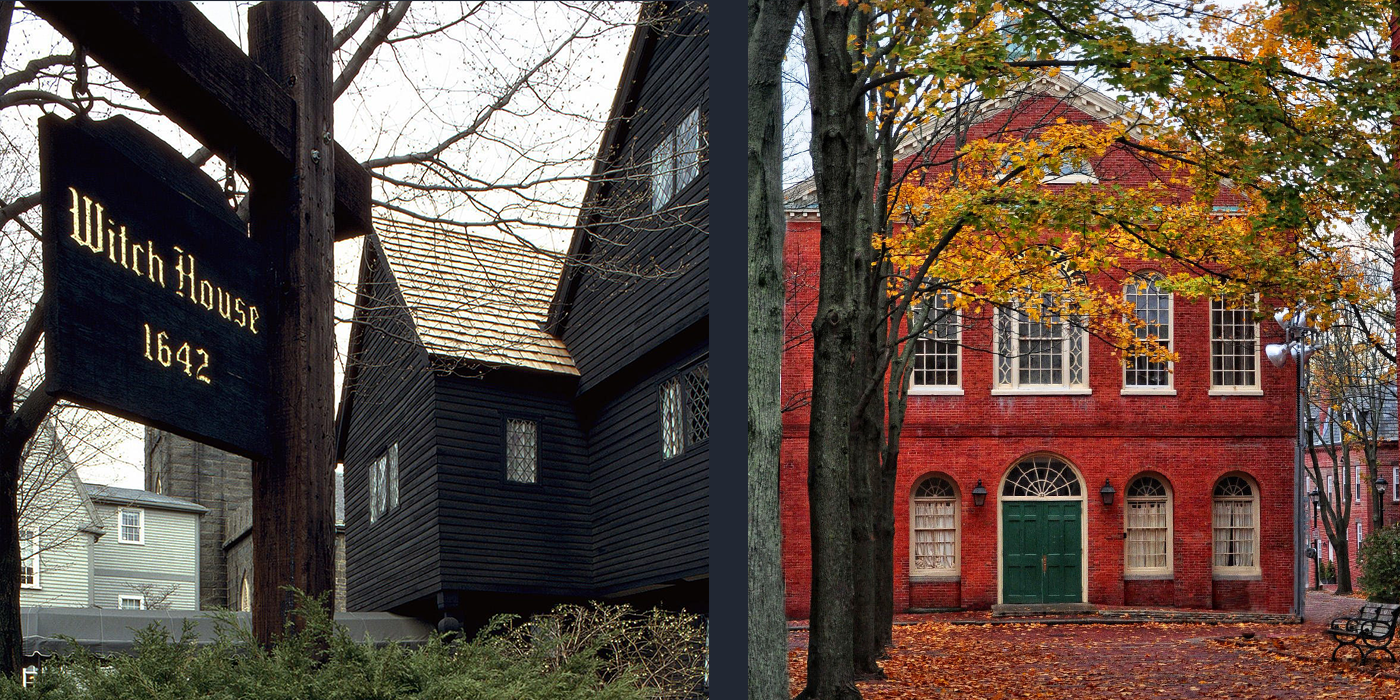 Back to Salem’s most famous claim to fame: the Salem Witch Trials that began in 1692. In only three months’ time, nineteen innocent people, fourteen women and five men, were hanged, and one man was horrifyingly pressed to death, after two hundred people were accused of witchcraft: a dreadful time of hysteria, when courts believed in the devil and spectral evidence from the teenage girls. The trials ceased when Governor William Phipps disbanded the court, after his wife was accused of being a witch herself. Afterwards, a Superior Court of Judicature formed to replace the Court of Oyer and Terminer, and didn’t allow spectral evidence anymore. The new court released those awaiting trial, pardoned those victims awaiting execution, and the gruesome trials concluded.

There’s much speculation about what initiated such a furor and misguided pursuit, but recent historical evaluations bring new details to light. The settlers of the Massachusetts Bay Colony, primarily Puritans, witnessed horrendous witch hunts in their mother countries, and believed that those who practiced witchcraft or magic were the sources behind unexplainable disasters, deaths, and tragedies. Around 200,000 people from 1300 to 1600 were executed under the suspicion of being witches, mainly in Central Europe. Besides the original Puritan inhabitants’ beliefs that victimized innocent victims, historians note a series of trends among the accused in Salem Village: the victims tended to be overwhelmingly widowed or orphaned females between the ages of 39 and 72, didn’t have a male authority figure for protection, owned property or a business, openly criticized the church, had altercations with the law, and had previously been accused of witchcraft. Two cultural items set the stage: the Puritan-held belief in the prevailing New England culture that women were inherently sinful and more susceptible to damnation than men were; and, prior to the trials, the vicious and notorious land-grab quarrels between Salem neighbors, famous in all of New England.

How do these cultural CliffsNotes play into the Salem Witch Trials? Two powerful, key community figures in the Salem Witch Trials, Thomas Putnam and the Reverend Samuel Parris, backed the claims of the three teenage girls after they made their outrageous accusations. But these accusations represented more than religious hysteria: greed was the driving force. Putnam was the father of one of the accusers, and Parris was the father and uncle of the other 2 accusers. The Putnams initiated a treacherous agenda for gaining control over the village land and tried to eliminate the opposition, while Reverend Parris truly believed the evil in Salem was the devil’s work through witchcraft. The bottom line for the Putnams: if you happened to be the person accusing someone of witchcraft for the first time (which was the case most of the time), you received their property when that person was found guilty and executed. Most of the witchcraft accusers had been affiliated with and supported by Putnam, who also served as the court’s trial clerk. Thomas Putnam heartily encouraged entire groups of accusers, and historians noticed that the more than one hundred documents recording the accusations almost read verbatim.

Want to relive that sordid history and darker side of Salem? During the day, or especially the spooky night, you can resurrect this dramatic, other-worldly, Salem history through compelling, knowledgeable tours. Here’s the highest-rated 2021 tours by U.S. News and World Report and Travelocity: History & Hauntings of Salem Guided Walking Tour; Mysteries & Murders of Salem Guided Night-Time Walking Tour; 2.5-Hour Salem History and Sightseeing Guided Walking Tour; Salem Voodoo, Vampires, and Ghosts Guided Walking Tour; Dark Stories of Salem; Satanic Salem Walking Tours; Salem and Witchcraft Historical Walking Tour; Bewitched After Dark Walking Tour; Spellbound Tour; Salem Night Tour; and Witch City Walking Tours-History & Hauntings of Salem. You rediscover the ghosts and vampires through Salem’s most haunted locations and hear true, spine-chilling tales of murder, mystery and macabre at the Burying Point Cemetery with the Witchcraft Memorial, the Witch House, which hosted the dubious witch trials, and the Ropes Mansion and Garden, operated by the Peabody Essex Museum and featured in the 1993 film, Hocus Pocus. You’ll be educated by local historians on Salem’s brave history-makers and especially on the players involved in the Salem Witch Trials’ somber, harrowing events. At the Witch Dungeon Museum, you can watch a Witch Trial reenactment and experience the creepily recreated dungeon where the accused witches were dispatched. If you feel brave enough, we recommend the night tours with lanterns (or Graybill and Downs’ candles) for the full effect of Salem’s jaw-dropping history and the Salem Witch Trials. History lives vividly in Salem.