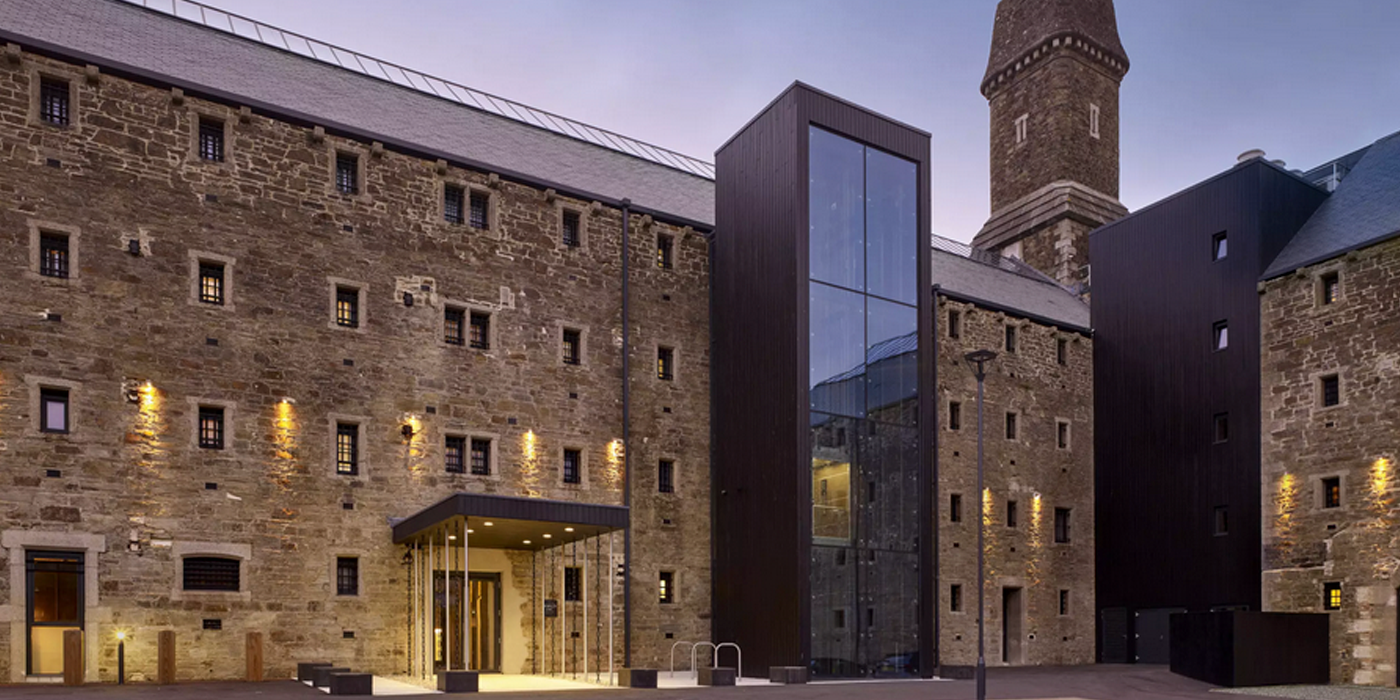 Perched on the edge of Bodmin Moor in Cornwall, this historic landmark  has transformed from a chequered past to today a luxury hotel; The Bodmin Jail Hotel.

Constructed in 1779 during the reign of King George III, the buildings and facilities were revolutionary in design and function from seperate cells for inmates and hot running water.    Almost 100 years later when the British government abolished imprisonment for debt, the prison turned more to housing criminal-related individuals.  In 1927, Bodmin Prison closed for good and remained abandoned until almost 100 year later before the redevelopment into the luxurious The Bodmin Jail Hotel. Seventy, well-appointed hotel rooms infuse seamlessly into the original character of the jail's architecture and in the process does not sacrifice on luxury.   Dine at The Chapel which "combines gothic elegance with a unique sense of history to bring you an exquisite dining experience." or The Jolly Hangman Tavern.